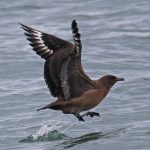 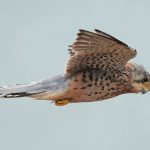 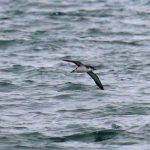 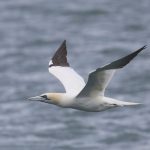 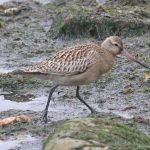 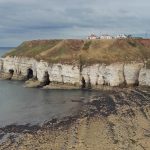 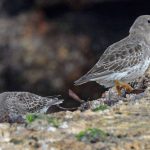 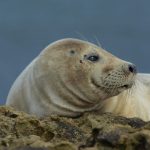 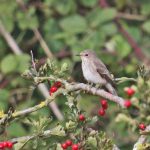 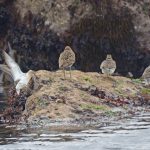 Friday 14th September 2018
We left Essex bright and early and after making pickups, we headed north towards East Yorkshire. A couple of RED KITE and COMMON BUZZARDS were noted during the journey and we arrived at Filey, on the east coast around lunchtime after a good run.

A walk was had before lunch along the cliff top at Carr Naze where we had stunning views of a male COMMON KESTREL, it gave eyeball to eyeball views as it hovered just in front of us. This was the first of up to six birds that took advantage of windy conditions to hunt.

On the sheltered side of the coast, plenty of NORTHERN GANNETS were seen including a few dark juveniles as well as three NORTHERN FULMAR and a single SANDWICH TERN.

A few BARN SWALLOWS and COMMON HOUSE MARTINS flew through but passerine-wise it was rather quiet. With some light rain falling, we made our way back to the van for lunch.

Afterwards we strolled down Arndale Ravine which produced a lone COMMON CHIFFCHAFF in the sheltered Sycamores. Our walk took us along the beach out to Filey Brigg, a rocky section of coast which juts out into the North Sea.

EURASIAN OYSTERCATCHERS were numerous and as the tide dropped, up to 13 SANDWICH TERNS came into the bay to feed with a first-winter MEW GULL (COMMON GULL).

Eventually we reached the final section where many HARBOUR SEAL pups were loafing on the seaweed-covered rocks, some affording amazing views. DUNLIN, COMMON RINGED PLOVER and PURPLE SANDPIPER were at close range with the tally of the latter species totalling around 6 birds.

David and Jenny walked a little further than others and were rewarded with a juvenile CURLEW SANDPIPER plus a juvenile RUFF on the far point.

The walk back was much easier over the rocks and on reaching the van we tucked into some lovely blueberry muffins that Jenny had bought.

With some time remaining, we popped into the small but good Filey Dams Yorkshire Wildlife Trust reserve on the edge of town, where low water levels attracted quite a few other waders.

Other birds of note were a high-flying EURASIAN SPARROWHAWK, several SAND MARTIN and a brief EURASIAN TREE SPARROW.

It was then off to the hotel where we checked in and spent time relaxing before meeting for our evening meal which went down a treat after a long day.


Saturday 15th September 2018
We met for breakfast at 7.30am which was very enjoyable and after loading up for the day, we headed the short distance into Bridlington. After parking we wandered to the quay in anticipation of our boat trip on the Yorkshire Belle.

Setting off, we noted good numbers of immature MEW GULLS (COMMON GULLS) and the first NORTHERN GANNETS of the day. As we steamed past Flamborough Head, the shout went up for Bonxie and there at close range was a superb juvenile GREAT SKUA!

We managed to get really good views as it sat on the water, before making several short flights and landing once again. A few minutes later, a single MANX SHEARWATER flew north and a couple of RED-THROATED LOONS (DIVERS) were seen in flight.

NORTHERN FULMARS, BLACK-LEGGED KITTIWAKES and lots of GREAT BLACK-BACKED GULLS were attracted by the foul-smelling ‘chum’ being put over the stern, which the birds seemed to love but we weren’t too impressed by it!

More MANX SHEARWATERS flew past but this time they were more distant as were a pale phase and dark phase PARASITIC JAEGER (ARCTIC SKUA) that flew south of Flamborough Head.

A probable SOOTY SHEARWATER was seen but was too distant to be sure, so it was one that got away, but with COMMON MURRE (GUILLEMOT) and RAZORBILLS in sight there was more than enough to grab our attention.

Our three hours flew by rather quickly and we were soon heading back into the harbour. After disembarking we headed up to the RSPB reserve at Bempton Cliffs, where lunch was our first priority.

It was rather pleasant in the hazy sunshine and SMALL TORTOISESHELL, SPECKLED WOOD and both LARGE and SMALL WHITE BUTTERFLIES were noted plus a brief sighting of a WEASEL on a gate.

Suitably refreshed, we spent time exploring the Dell and pretty much straight away had good views of a SPOTTED FLYCATCHER feeding from a berry-laden Hawthorn. After a while it flew off and over the woods to the north. Moving round to the bird feeders, there were many EURASIAN TREE SPARROWS plus a couple of BROWN RATS thrown in for good measure!

After picking up our scopes, we wandered around the field margins where another or the same SPOTTED FLYCATCHER was seen well, plus a WESTERN YELLOW WAGTAIL seen several times in flight. Bushes were pretty quiet with only a single WILLOW WARBLER of note so we headed to the sea to enjoy the sight and sound of hundreds of NORTHERN GANNETS on the cliffs below, where they afforded fantastic views.

Our attention was drawn to the nearby cattle field and just patiently watching, rewarded us with a COMMON WHITETHROAT plus at least five WESTERN YELLOW WAGTAILS, MEADOW PIPITS, REED BUNTING, BARN SWALLOWS and several COMMON HOUSE MARTINS.

We were delighted to find in the adjacent field a group of at least five WHINCHAT, constantly feeding in weedy vegetation.

After a visit to another watchpoint overlooking the cliffs, where NORTHERN GANNETS enthralled us once again, we headed back and along the way, a female EURASIAN SPARROWHAWK flew across the field and disappeared into the bushes.

It was then time to make our way back to the van and drive slowly back to our hotel where it was good to relax before meeting for another delicious evening meal.


Sunday 16th September 2018
The day dawned overcast with light winds and we met for breakfast at the slightly later time of 8.00am. As we arrived at Flamborough Head, luckily the forecast rain did not materialise. A scan from the Fog Station yielded at least two summer-plumaged RED-THROATED LOONS (DIVERS) passing by plus a single GREAT SKUA, NORTHERN FULMARS and lots of NORTHERN GANNETS.

As we scanned out to sea, we noticed an incoming helicopter which turned out to be the coastguard. For the next thirty minutes it flew over the headland, often at close range disturbing flocks of GREYLAG GEESE and other species.

Our walk around the headland was very quiet bird-wise, partly due to the disturbance and also the now freshening southwesterly wind. Good numbers of hirundines fed on the sheltered side of Old Fall plantation and included SAND MARTIN, COMMON HOUSE MARTIN and BARN SWALLOWS, whilst the bushes held WILLOW WARBLER and both CHIFFCHAFF and GOLDCREST that were heard only.

We arrived back at the headland and partook in a refreshing cuppa in the sunshine, whilst a LITTLE EGRET flew past. We then moved round to South Landing where we had lunch at the Yorkshire Wildlife Trust ‘Living Seas’ visitor centre. Afterwards we strolled down to the beach where a litter pick was taking place! Despite this, there were still plenty of birds including RUDDY TURNSTONE, DUNLIN, COMMON RINGED PLOVER, EURASIAN CURLEW, COMMON REDSHANK and a juvenile BAR-TAILED GODWIT.

Unfortunately an inconsiderate dog owner let his animal run amok amongst the waders and they scattered everywhere, but luckily they did come back in once it was safe.

Large numbers of WHITE WAGTAILS fed on the seaweed and at the base of the cliffs, we found a NORTHERN WHEATEAR feeding on the thousands of sandflies present.

With time to spare we dropped into Thornwick Pools where two COMMON SNIPE were added to our lists. Other birds of note included three DUNLIN, 60 LINNET and on wires, a large flock of EURASIAN STARLINGS.

Our last port of call was Thornwick Bay where we searched for a reported Black Redstart but to no avail, although a GREY WAGTAIL did provide some compensation.

It was then time to return to the hotel for a rest and shower before meeting for our evening meal which was once again of epic proportions!


Monday 17th September 2018
After a hearty breakfast we said our goodbyes to the hotel staff and began our journey south towards Spurn Point. The weather was murky and as we drove south rain fell quite heavily, but by that time we had reached the headland.

After arriving at Spurn we had a look at the sea which provided us with scope views of a juvenile PARASITIC JAEGER (ARCTIC SKUA) plus NORTHERN GANNETS, COMMON SCOTER and both COMMON and SANDWICH TERNS.

Migrating MEADOW PIPITS streamed south in good numbers and in a nearby field a NORTHERN WHEATEAR caught insects from mounds of earth. With news of a Wood Warbler down at The Warren, we made our way down but unfortunately it wasn’t seen again. The bushes held several COMMON WHITETHROAT plus CHIFFCHAFF, NORTHERN WHEATEAR and a few EUROPEAN ROBINS.

Out on the River Humber at high tide we found COMMON GREENSHANK, RED KNOT, GREY PLOVER, COMMON REDSHANK, DUNLIN and EURASIAN CURLEW before slowly wandering back.

A brief look at the Canal Scrape yielded a COMMON SNIPE but no sign of the WATER RAIL that we heard calling earlier as we walked past.

It was then onto nearby Kilnsea Wetlands for an hour or so, where a smart male NORTHERN WHEATEAR of the Greenland race fed in a field and scanning over the pools found us NORTHERN PINTAIL, COMMON SANDPIPER, SANDWICH TERNS and up to nine MEDITERRANEAN GULLS.

Time unfortunately ran out and we started our homeward journey, which was great traffic-wise and as we neared the Peterborough area, up to five RED KITES were noted with several COMMON BUZZARDS enjoying the afternoon sunshine.

We arrived back in Essex early evening after what had been a great tour to Yorkshire and although the winds had not be in our favour, we had seen some good birds, all enjoyed with a fantastic group of customers!