EAST YORKSHIRE – WHERE THE PAGER TAKES US SPECIAL 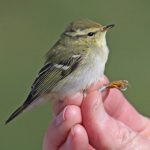 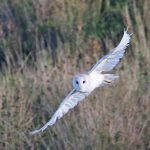 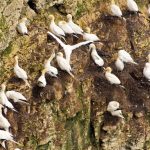 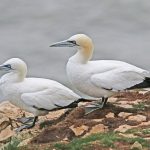 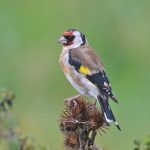 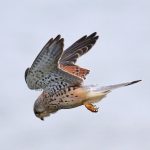 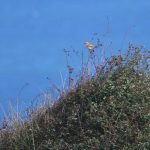 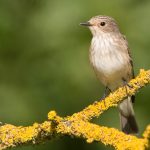 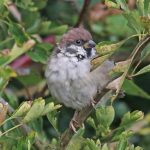 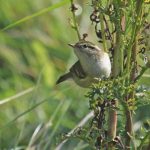 Saturday 16th September 2017
Leaving our base bright and early and after making pickups along the way, we headed north and saw our first and only RED KITE, just south of Peterborough.

The remainder of the journey was pretty uneventful and just after noon we arrived at our hotel near Bridlington where we met our last two customers.

With a strong wind blowing from the north and heavy showers moving through the area we opted to visit Filey hoping to attempt a spot of seawatching. After lunch in the van, we took a walk along Filey Brigg and at times it was a job to stand up!

Good numbers of NORTHERN GANNETS flew past with some NORTHERN FULMAR thrown in for good measure. GREAT CORMORANTS and EUROPEAN SHAGS flew below us where good ID comparisons could be made.

The sheltered side of the bay held a small resting flock of EURASIAN TEAL plus a fine drake COMMON SCOTER. SANDWICH TERNS fed out in the choppy waters and glowed white in the brief spells of sunshine.

With conditions far from ideal we wandered down Arndale Ravine where we heard EURASIAN CHAFFINCH, EURASIAN WREN and EUROPEAN ROBIN.

It was more sheltered down by the sailing club and COMMON SCOTER showed well whilst careful scanning of the sea produced a MANX SHEARWATER plus large numbers of NORTHERN GANNETS. A PALE-BELLIED BRENT GOOSE was a surprise find as it headed out of the bay and off northwards.

A large flock of EURASIAN OYSTERCATCHERS roosted on the lower cliffs and above us in the sheltered cove were a flock of hawking BARN SWALLOWS.

We made the decision to head to nearby Filey Dams nature reserve where we managed to get shelter from the cold northerly wind. Good numbers of EURASIAN TEAL were present including several moulting birds, four EURASIAN WIGEON showed well plus GREY HERON, CANADA GOOSE, STOCK DOVE, COMMON HOUSE MARTIN and lots of MALLARDS.

Bird of the day had to be a fine WESTERN BARN OWL seen sitting in a box across the lagoon and we had good scope views as it decided whether to hunt or stay in the dry warmth of its box!

Other species that were new for our list included MISTLE THRUSH, COMMON SHELDUCK, COMMON MOORHEN and EURASIAN COOT.

With no improvement in the weather, we headed for our base through driving rain and after checking in, had time to warm up before meeting for our evening meal.

We certainly didn’t go hungry as it was a superb meal which went down very well indeed.

After a very hearty breakfast, we headed northwards to the RSPB’s Bempton Cliffs reserve where we immediately headed for the dell. The first bird we saw was a fine LESSER WHITETHROAT and we spent time checking out every movement in the sheltered conditions. This provided us with views of COMMON CHIFFCHAFF, COMMON REED BUNTING, GOLDCREST and several EURASIAN TREE SPARROWS.

A flock of four LESSER REDPOLL flew over calling before dropping in the distance and a walk around the carpark yielded the largest number of BROWN RATS that any of us had seen in the UK along with loads more EURASIAN TREE SPARROWS.

After checking out all the scrub, we strolled down to one of the many excellent viewpoints overlooking the mighty chalk cliffs. Despite visiting late in the year with many breeding species having left the area several months ago, we were treated to the most amazing display by many thousands of NORTHERN GANNETS as they glided past often only feet away!

Other species included BLACK-LEGGED KITTIWAKE, NORTHERN FULMAR and lots of EUROPEAN HERRING GULLS out on the water. Having already been caught in a heavy shower whilst on the cliffs, we didn’t want another soaking so with black skies approaching, we headed back to the visitor centre for a hot drink.

Whilst sitting and warming up we were alerted to a message about a Red-backed Shrike so we quickly managed to find out its location and a few seconds later, were watching a fine RED-BACKED SHRIKE feeding from various hawthorn bushes in the fields offering good scope views.

After getting our fill of this delightful bird, we drove to South Landing at Flamborough Head where we had lunch in the carpark. It was beautiful in the afternoon sunshine and we hoped this area would reveal a few migrants.

A YELLOW-BROWED WARBLER called briefly from trees bordering the carpark but despite a good search by our group and other observers there was no sign. A walk down to the beach found us a few EURASIAN ROCK PIPITS, two GREY WAGTAILS and COMMON RINGED PLOVER foraging amongst seaweed whilst in the bay were GREAT CORMORANT, EUROPEAN SHAG and a single RED-THROATED DIVER.

It was then up to the headland where we took a walk around the headland in the afternoon sunshine. Good numbers of NORTHERN GANNETS flew past and below us were several GREY SEALS. A single RED-THROATED DIVER flew north and looked fantastic in the light.

Rough grassland on the headland provided us with a single WHINCHAT plus a large flock of EURASIAN GOLDFINCHES as they merrily fed on the various knapweeds and thistles.

Eventually, we reached the south end of Old Fall and a pristine female-type COMMON REDSTART showed well in the afternoon sunshine and at the plantation, two of the group were lucky enough to see a YELLOW-BROWED WARBLER flicking around in the sycamores. Much more obliging were at least two SPOTTED FLYCATCHERS which perched above our heads and made several successful sorties catching flying insects. A lovely lemon-yellow juvenile WILLOW WARBLER was also seen and a brief LESSER WHITETHROAT.

With quite a walk back, Steve went back to pick up the van to save the group wearing themselves out. With a little time spare, we popped into Thornwick Camp where two WESTERN BARN OWLS flew around in front of us, which was a major surprise!

On the scrapes were two pristine-looking juvenile LITTLE STINTS with a small flock of DUNLIN which looked really smart in the evening sunshine.

It was then a short hop back to the hotel where we had time for a hot shower before meeting for our evening meal of epic proportions!


Monday 18th September 2017
We opted for an earlier breakfast to enable us more time birding down at our last destination for the weekend, Spurn Point.

With winding roads, the journey took us just over an hour but there were plenty of birds to see along the way including our fourth WESTERN BARN OWL of the tour plus flocks of NORTHERN LAPWING and COMMON GULLS.

Parking at the Bluebell Cafe we strolled down the road passing the monstrosity of the new Yorkshire Wildlife Trust visitor centre. The tide was well out on the River Humber but we managed to see a small number of COMMON RINGED PLOVERS plus COMMON SHELDUCKS.

Down at The Warren we managed to find some shelter and it didn’t take long before we found a cracking YELLOW-BROWED WARBLER flitting around in the sycamores and hawthorns and at times it came down to the ground and fed on insects amongst thistles.

Whilst watching it, we heard news of another bird that had been trapped and ringed and they brought it out to show us. This delightful Siberian species was the 201st Yellow-browed Warbler to have been rung at Spurn and it only weighed 5.4 grams, the equivalent of a 20p piece!

Plenty of photographs were taken and once we had our fill we wandered back along the road and came across a small group looking for a reported Red-breasted Flycatcher.

With some perseverance we saw the RED-BREASTED FLYCATCHER as it flitted around nearby gardens, often showing its prominent tail pattern. We then headed up to Kilnsea church and nearby Cliff farm where a SPOTTED FLYCATCHER fed in a sheltered garden. We popped back in to the churchyard and had brief views of a single PIED FLYCATCHER before it flew over the road and vanished.

On the way back to the carpark we saw a female COMMON REDSTART sitting in the sunshine on the south side of a hedge. With our stomachs rumbling we drove to Kilnsea wetlands where we had lunch in the carpark. A flock of PINK-FOOTED GEESE flew over and a brief look at the wetlands yielded a single MEDITERRANEAN GULL plus DUNLIN, COMMON REDSHANK, GADWALL, EUROPEAN WIGEON and large numbers of GREYLAG GEESE.

It was then time to start our journey home which was uneventful birdwise apart from a couple of RED KITES, COMMON BUZZARDS and COMMON KESTRELS.

We arrived early evening after a fantastic tour with some good birds, good food and superb company.