FUERTEVENTURA – ISLAND OF THE SUN #2 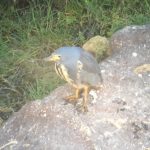 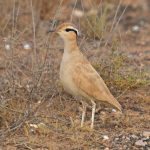 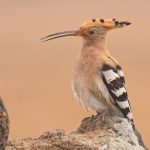 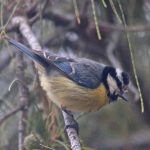 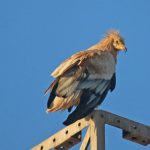 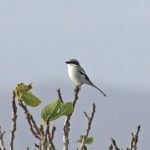 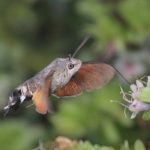 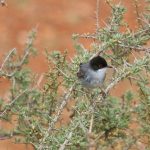 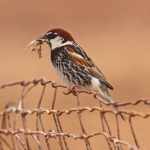 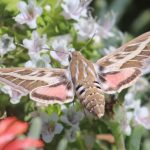 Tuesday 19th February 2019
The group met at London Gatwick mid-morning for their flight down to Fuerteventura in the Canary Islands and with a tail wind, it arrived around 30 minutes early.

Steve met everyone and after loading up the van, we were on our way towards our hotel noting SPANISH SPARROW, GREAT GREY SHRIKE, YELLOW-LEGGED GULL and NORTHERN RAVEN along the way.

Light was starting to go when we made a visit to a nearby site and it didn’t take long to locate a male HOUBARA BUSTARD on the open plains which we watched walking around before dusk fell.

It was then a short drive to the hotel where everyone checked in before meeting for a meal of epic Canarian proportions!

Wednesday 20th February 2019
We arranged to head out at 7.15am down to another area of open plains which is a good place to catch up with desert species. As the sun rose from the east, we gently traversed the tracks that criss-cross the area and it started off quiet except for several BERTHELOT’S PIPITS which showed well.

The trick to birding the area is to remain in the vehicle to avoid disturbing any of the sensitive wildlife and this helps get good views. In the distance we could see a distant HOUBARA BUSTARD so we drove nearer and eventually had excellent views as he turned himself inside out and ran around like a demented chicken!

LESSER SHORT-TOED LARKS sang from overhead and a small party of CREAM-COLOURED COURSERS were very obliging with several well grown juveniles feeding alongside the adults.

Delighted with these quality species, we headed back for a well-deserved breakfast which we enjoyed outside in the sunshine.

Afterwards we loaded up the van and headed off in search of the main island speciality, Canary Islands Stonechat. On our drive to a local site Steve B spotted a fine EUROPEAN TURTLE DOVE perched up in a small tree and we had good views of this plus a flyby LAUGHING DOVE.

Within minutes of parking we saw a male CANARY ISLANDS STONECHAT perched on the rocks whilst several female & immatures flitted about close to the road. On the rocky hillsides, good numbers of TRUMPETER FINCHES showed well as they fed on vegetation before flying up onto a wall where we had good views.

Several EURASIAN HOOPOE were seen and the warm sunshine encouraged several species of butterfly including FUERTEVENTURA GREEN-STRIPED WHITE, GREENISH BLACK-TIP, CLOUDED YELLOW and both SMALL and LARGE WHITES.
As we headed back to the van a stunning male CANARY ISLANDS STONECHAT perched up right in front of us which allowed us to study this endemic species. By now the weather was warming up nicely so we shed a few layers and drove off towards the coast. By the time we arrived, it had turned rather chilly so the layers went back on!

The Embalse de Los Molinos is the largest freshwater site on the island and here we caught up with good numbers of RUDDY SHELDUCK, EURASIAN COOT and BLACK-WINGED STILTS along with nesting EURASIAN HOOPOE, SPOTTED REDSHANK, LITTLE RINGED PLOVER, COMMON GREENSHANK, EURASIAN TEAL and COMMON SANDPIPERS.

Near a goat farm we watched several small groups of BLACK-BELLIED SANDGROUSE flying around plus two EGYPTIAN VULTURES, one of which, an immature bird blended in really well when on the ground alongside goats of varying colours and shades.

With our stomachs rumbling we made our way back to the van and down to the coast, where alongside a stream were quite a few MUSCOVY DUCKS. A male SPECTACLED WARBLER showed well and we found several SAHARA BLUETAIL DAMSELFLIES on a small pond.

Suitably refreshed we made our way up through the hills to the historic village of Betancuria where we took a stroll around and found several feeding COMMON CHIFFCHAFFS, plus a wintering YELLOW-BROWED WARBLER which eventually everyone saw. The main highlight here was a family party of AFRICAN BLUE TITS which showed well amongst the Bougainvillea.

Other species of note included SARDINIAN WARBLER plus EURASIAN BLACKCAP that liked the sheltered tamarisk bushes.

There was one last site to visit and at first it was rather quiet except for good numbers of NORTHERN RAVENS but Diana struck gold by finding a distant perched bird that turned out to be a male ATLANTIC CANARY, then a short while later she found two BARBARY PARTRIDGES making their way up the hillside. A few minutes after we had better views of a male ATLANTIC CANARY and then more BARBARY PARTRIDGE!

With the temperature dropping we headed back to base, making a slight detour to a field in the village where in the corner was a EUROPEAN STONE-CURLEW that showed quiet well.

It was then back to the hotel for a hot shower before meeting for a pre-dinner drink and a lovely evening meal which once again went down a treat.

Thursday 21st February 2019
The day dawned bright and sunny with the wind to the southeast so hopefully it would feel a little warmer!

We met for breakfast at 8.00am and hit the road just after 9.00am for our journey down to Costa Calma in the south of the island. Parking up along a busy street, we walked into a wood and within 10 minutes, had connected with wintering RED-BREASTED FLYCATCHER and two YELLOW-BROWED WARBLERS, the latter species were seen calling and displaying to each other!

Butterflies were numerous in the warm sunshine and we enjoyed fabulous views of a MONARCH plus several AFRICAN GRASS BLUES. A single RED-VENTED BULBUL proved harder to see as it sang from a densely leafed tree before disappearing from view.

Moving northwards we called in at Salinas del Carmen and walked along the coast path where the flower beds held STRIPED HAWKMOTH, SILVER Y MOTH and PAINTED LADY. BARBARY GROUND SQUIRRELS were very tame and common, whilst on the rocks we had brilliant views of bright RED ROCK CRABS plus three EURASIAN WHIMBREL, COMMON SANDPIPERS, COMMON RINGED PLOVERS, YELLOW-LEGGED GULLS and a single AUDOUIN’S GULL.

Lunch was enjoyed in the shade which we shared with BERTHELOT’S PIPITS plus BARBARY GROUND SQUIRRELS.

A quick stop was made at the nearby golf course to look for a female Lesser Scaup but there was no sign.

The remainder of the afternoon was spent at the Barranco de Rio Cabras where we sat in the sunshine constantly scanning the ravine. The Dwarf Bittern hadn’t been seen all day but there were still good birds to see including CANARY ISLANDS STONECHAT, TRUMPETER FINCHES, EUROPEAN HOOPOE, SPANISH SPARROWS, GREEN SANDPIPER, BLACK-WINGED STILTS and EGYPTIAN VULTURES amongst others.

We struck gold when we picked out a SPOTTED CRAKE feeding underneath a tamarisk bush which gave good views before skulking away.

With time getting on we gave ourselves a deadline to leave and with one more chance, Steve wandered down to the western edge of the Barranco where the bird had been seen the previous day. As we walked there, the DWARF BITTERN flew past him and down the valley.

A frantic phone call to the group revealed that they had seen it and it perched on a rock in full view!

Over the next thirty minutes we had good views as it fed around the pools until it was spooked by a flyover BARBARY FALCON.

The bird came out into the open once again before flying under the cliffs where it was lost from view.

We all celebrated after seeing this very rare bird, it being the fifth Western Palearctic record.

It was back to base for a hot shower and a rest before meeting for dinner which was very good.

Friday 22nd February 2019
Breakfast was at 8.00am but beforehand, some of the group made a short walk around the village which produced EURASIAN HOOPOE, beautifully marked EURASIAN LINNETS, GREYLAG GOOSE and lots of EURASIAN COLLARED DOVES. It was soon time to load up the van and make our way down to the airport.

We added PALLID SWIFT to our bird list before arriving at the airport in good time, our flight took off on time and with a strong tail wind, we arrived back in the UK around thirty minutes early.

Our luggage came reasonably promptly and we said our goodbyes to what had been a lovely group with some fantastic birding, food and good fun throughout!