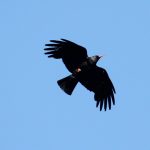 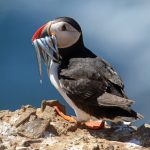 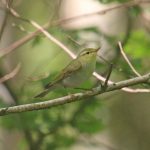 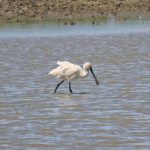 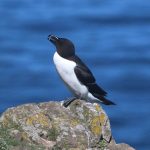 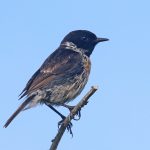 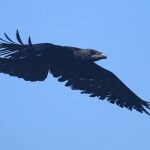 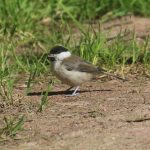 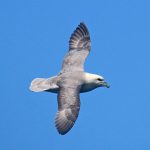 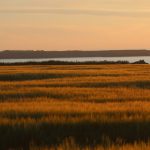 Thursday 20th June 2019
After making our pickups we made our way westwards and as we reached the eastern outskirts of Reading, we saw our first RED KITE of the tour. After a breakfast and coffee stop we continued our journey and by the time we crossed the Prince of Wales Bridge, we had amassed a total of 21 RED KITES with good numbers of COMMON BUZZARDS.

Our first port of call was the lagoons at Goldcliff close to Newport where we spent some time in the hides with undoubtedly the highlight being an immature EURASIAN SPOONBILL, first seen in flight before coming back down to the lagoon where it fed in a ditch with a LITTLE EGRET.

The hedgerows held both COMMON and LESSER WHITETHROAT and out on the lagoons were roosting COMMON REDSHANKS, EURASIAN OYSTERCATCHERS and four LITTLE RINGED PLOVERS.

EURASIAN TEAL, NORTHERN SHOVELER and MALLARD were noted on the duck front before we headed back and drove the short distance to Newport Wetlands RSPB reserve where we had lunch in the cafe.

Plenty of dragonflies were seen including male EMPEROR DRAGONFLY and lots of FOUR-SPOTTED CHASERS and AZURE DAMSELFLIES. We still had a long drive ahead so we left and joined the M4 where traffic was pretty grotty to say the least!

We arrived at our base on the Pembrokeshire coast a little later than planned but had time to sort ourselves out before heading for our evening meal which was fabulous and a good end to the day.

Friday 21st June 2019
Steve was up at the crack of dawn to head down to St. Martin’s Haven to queue for tickets for Skomer Island. He arrived at just before 5.30am and wasn’t the first in the queue!

At around 8.30am the shop opened and he bagged our tickets for the first boat of the day which was leaving at 10.00am, so there was time for breakfast which was very welcome indeed after such an early start.

We headed down and found a heaving National Trust carpark and made our way down to the quay ready for our departure.

At 10.00am the boat left the quay and alongside was a lovely ATLANTIC GREY SEAL lounging in a zodiac just offshore. It was a little choppy as we crossed the tidal currents between the mainland and the island and it wasn’t long before we laid eyes on our first ATLANTIC PUFFINS of the tour as they flew past the boat with their bills full of Sand Eels.

Disembarking the boat, we climbed up the many steps to be greeted by wildlife trust volunteers who gave us a brief lowdown on the island and what to see and where. Most of the boat headed straight to the puffins but we took a more leisurely route around the northern part of the island where we didn’t see anyone for ages.

Our route took us across the island where large numbers of both LESSER and GREAT BLACK-BACKED GULLS were seen plus plenty of MEADOW PIPITS and NORTHERN WHEATEARS.

We stopped off for some cake from our packed lunches and overlooked the sea. In the distance we could see the large gannetry at Grassholm where up to 40,000 pairs of NORTHERN GANNETS breed and just some of them flew past our watchpoint on the cliffs.

BLACK-LEGGED KITTIWAKES, NORTHERN FULMARS, COMMON GUILLEMOTS and RAZORBILLS kept us entertained in lovely warm sunshine and a family party of NORTHERN RAVENS put on a slow flyby for us!

Moving around the island in an anti-clockwise direction, it wasn’t long before we laid eyes on one of our main targets, RED-BILLED CHOUGH. These lovely birds flew past before returning a few minutes later but our last views were like Exocet missles as they had the wind behind them.

We had lunch overlooking the sea before making our way around to The Wick which is probably the best place to observe ATLANTIC PUFFINS at close range.

On arrival one of the volunteers had just found a juvenile PEREGRINE FALCON in the scope, so we had some nice views although the light wasn’t too good. The real stars of the show were the ATLANTIC PUFFINS and we spent some time enjoying them at close quarters.

A lot of the birds were returning from the sea with bills full of fish and the EUROPEAN HERRING GULLS were constantly trying to harass them and steal their food.

Time just ran away with us and we had to head back to the quay which was a bit of slog in the warm weather. We arrived back in good time and whilst waiting for the boat watched several BARREL JELLYFISH offshore plus lovely sightings of RAZORBILLS.

As we boarded the boat for our return journey, hundreds of ATLANTIC PUFFINS loafed around on the water and they were a fabulous sight after a brilliant visit.

We had a look in the shop on the mainland where some gifts were bought before heading up to the accommodation where we enjoyed a welcome cuppa in the garden.

There was some time before heading out for our evening meal which was once again superb.

With the weather looking brilliant, we drove up onto St. Ann’s Head and took a walk onto the coastal path. The roadside was full of SOUTHERN MARSH ORCHIDS and the nearby Barley Field glowed in the sunshine.

Several EUROPEAN STONECHATS were seen and once on the cliffs, we spent time scanning the sea as the sun dropped. The mirror-like sea gave us the opportunity to see around 30,000 MANX SHEARWATERS on and over the sea which was lovely. During our time on Skomer Island, we had seen lots of dead birds where they had been predated by the local gull population.

We headed back to the village after a superb day in the field with some great birds and fabulous weather throughout.

Saturday 22nd June 2019
We opted for a slightly later breakfast before loading up the van and driving east to an area of woodland close to Haverfordwest. During our journey we spotted several RED KITE and COMMON BUZZARDS.

The weather was once again superb with blue skies and sunshine and after parking up, we spent some time birding around the area. The carpark had been unfortunately fly-tipped but nearby was a large amount of grain that attracted a few MARSH TITS, COMMON CHAFFINCHES and COAL TITS.

Our walk took us through a Beech Woodland where several WOOD WARBLERS uttered their distinctive trilling song. With a little patience, we located a pair of these delightful birds as they constantly moved around the area. We all achieved good views before we left them to their nesting duties.

The path took us down to the edge of the Cleddau Estuary where it was a little quiet except for MUTE SWANS, MALLARD and a single GREY HERON.

We retraced our steps back to the carpark before driving the short distance to Blackpool Mill. Some time was spent close to the bridge where we watched a male EURASIAN BULLFINCH and on the river we found a lone GREY WAGTAIL but there was no sign of an expected White-throated Dipper.

Lunch was yet again another mammoth affair with our sandwiches so big we could hardly lift them!

Afterwards we headed back to Marloes and visited the area around the mere and Marloes Sands beach. We just couldn’t resist heading onto the beach for a spot of rock-pooling and general nature watching. Various species of seaweed were noted and in the rock pools we found TOMPOT BLENNY and BEADLET ANEMONE’S.

Some of the group even indulged in some paddling in the sea before we wandered back up to the cape park. The walk produced several NORTHERN RAVEN, EUROPEAN STONECHAT and LITTLE GREBE on the mere.

It was then back to base for a welcome shower before heading out for our evening meal which once again was really good and kept us full to the brim.

Sunday 23rd June 2019
After a hearty breakfast, we loaded up the van and began our drive back towards England which took us up through some beautiful countryside.

After a coffee break we arrived at Nagshead RSPB reserve and spent time exploring the lower trail and hide which yielded a single EURASIAN BLACKCAP plus eventually we connected with a pair of SPOTTED FLYCATCHER which were constantly on the move and barely still for more than a few seconds.

The birding from the hide was rather quiet with no sign of Pied Flycatchers or Common Redstarts so we walked back to the centre to pick up our lunch before visiting the pond and picnic area.

A lovely PAINTED LADY showed well before a few spots of rain started to fall but luckily we were under cover. It was soon time to head for home and as we neared Oxford and the area around the A40 and M40 we saw our first of around 18 RED KITES.

We arrived back in Essex after a fantastic tour with lots of great birds, scenery and weather all spent with a lovely group of people.