TENERIFE – A QUEST FOR ISLAND ENDEMICS 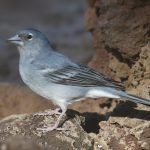 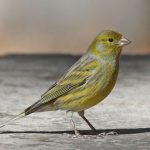 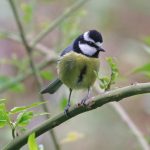 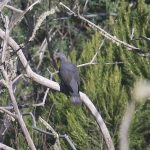 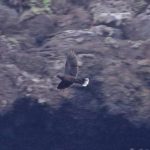 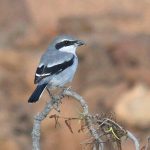 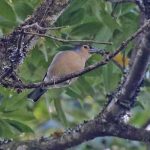 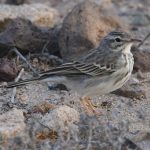 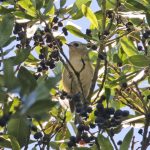 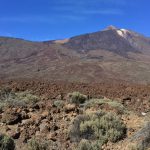 After leaving a wet and cold Stansted Airport, we touched down on Tenerife to 24 degrees and blue skies and sunshine!

Our first day on Tenerife was spent exploring the Canarian Pine Woods where we caught up with six TENERIFE BLUE CHAFFINCHES showing at extremely close range much to the delight of the group!

Other Canarian specialities included ATLANTIC CANARY, GREAT SPOTTED WOODPECKER, AFRICAN BLUE TIT, NORTHERN RAVEN plus GREAT GREY SHRIKE and COMMON KESTREL all of which are subspecies found only on the Canaries.

We spent time admiring the magnificent volcano of Mount Teide where the scenery was simply stunning before heading to our hotel which on the way delivered PLAIN SWIFTS feeding over the steep slopes of the island.

Our hotel was fantastic and after settling in, we had a typical Canarian meal (not bird seed!) and retired for the night after a long and successful first day in the field.

After a good breakfast, we headed to the northern part of the island and to the Laurel forests that cover a large part of the area. During the next hour we had flight views of two BOLLE’S PIGEONS plus around eight LAUREL PIGEONS some of which perched in full view.

At another site the cloud descended in the valley and there wasn’t a pigeon in sight! There were however, good numbers of CANARY ISLANDS CHIFFCHAFF, AFRICAN BLUE TIT, SARDINIAN WARBLER, GREY WAGTAIL and a mobile and elusive EUROPEAN ROBIN which we eventually had good views of.

The remainder of the afternoon was spent back on the extremely windy east coast where manicured golf courses held a covey of around 15 BARBARY PARTRIDGE plus BERTHELOT’S PIPITS and on the pools we found RUDDY SHELDUCK, COMMON MOORHEN and both LITTLE and WESTERN CATTLE EGRETS.

It was then down to the coast where offshore we watched a feeding flock of around 150 CORY’S SHEARWATERS which were simply wonderful to watch. The strong wind made birding pretty tricky but despite this, a thoroughly good day had been had in the field.

Our last full day was firstly spent exploring the vast Laurel forests at the northern end of the island and with lovely calm weather and hot sunshine, we started seeing plenty of butterflies including LONG-TAILED BLUE and CANARY SPECKLED WOOD.

Our walk took us into the deep, damp forest and birding was challenging to say the least but with patience we found the endemic GOLDCREST of the race teneriffae plus the rather skulking COMMON CHAFFINCH which was tricky to find.

Eventually on our return leg, we had really good views of BOLLE’S PIGEON in the canopy and several birds perched in full view. Around seven birds were seen and all the diagnostic features were noted.

After a late lunch, we headed down to the coast to explore some scrub and although bird-less at first, we eventually found a GREAT GREY SHRIKE chasing a SPECTACLED WARBLER and then two BERTHELOT’S PIPITS scuttled around the ground. The birding day was complete with two LAUGHING DOVES in amongst the Prickly Pairs and Tamarisks.

It was then back to the hotel for a hot shower followed by a cold beer and then our evening meal which was once again a delight.

Our final day was a travelling day and we arrived back in the U.K. to cold, damp conditions after what had been a fabulous tour with some great birding and wildlife highlights, lovely weather, superb accommodation all spent with a brilliant group.